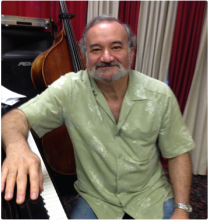 After graduating from Berklee College of Music in 1978 with a degree in Music Composition, Mr. Petullo was both a bandleader and pianist aboard various cruise ships until 1981 when he moved to South Florida. Since then he has been playing all over the state with such groups as the Hollywood Jazz Quintet, and spent 10 years as Musical Director for Jackson's Steakhouse in Ft. Lauderdale. Mr. Petullo is still a very active performer who plays professionally in many area clubs and restaurants. He is proficient in all styles of music, including jazz, pop, rock, classical, funk, and reggae. He has been with NY Music Academy since 2009.