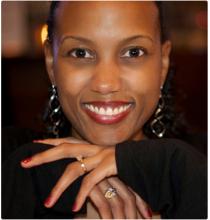 Argarita Palavicini is an active flautist, vocalist, composer, and teacher in the New York and Miami Metropolitan areas. Argarita holds a BM in Classical Flute Performance from Stetson University as well as an MM in Jazz Studies from Indiana University, and she is currently pursuing her Doctorate in Vocal Jazz Performance from the University of Miami. (Expected graduation date December 2014) Argarita has been singing since the age of 5, playing the flute for 23 years and has been privately teaching students for 20 years. Argarita has also played alongside jazz legends such as: James Spaulding, Cecil Bridgewater, George Benson, Steve Miller and David Baker. She has also recorded a flute track for Rachelle Ferrell’s original “I Forgive You” from her “Originality” album. Argarita is currently working on original music for her new album. She has a Demo CD already recorded and on sale entitled “Take Me Away”. Argarita invites you to visit her website at: www.Argarita.com